Bio-Tech, Human Beings, And Cyborgs: Where Do We Draw The Line? 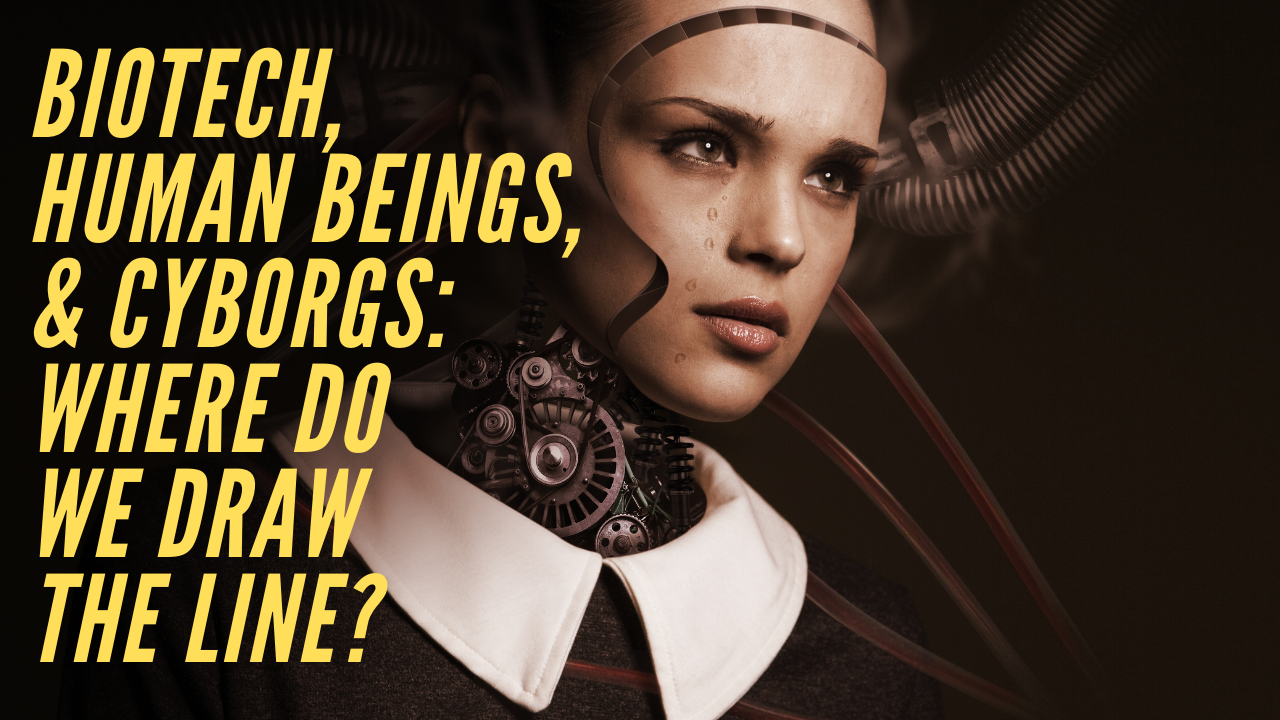 If artificial intelligence weren’t enough, crossing the line into human biology is where technology gets really weird. There is a bizarre subculture emerging of people intentionally attempting to push the limit of merging their biology with digital machines.

Rather than grudgingly accepting it as a mandate or a byproduct of evolution, they push ahead for it as an eagerness to escape current reality. They want to be cyborgs.

The word cyborg is a portmanteau of two words: cybernetic and organism. The term was coined in 1960 by Manfred Clynes and Nathan S. Kline. People who want to be cyborgs might realize they could be considered by the rest of the human population to be quite ‘freakish”.

Who knows? The argument for some—who want to merge biology with technology— believe it is all rational.

On the other hand, for many others, it makes absolutely no sense at all. Perhaps there are some unique situations where augmenting our biology could be worth the effort.

Of course, there will be some people who involuntarily merge with artificial intelligence due to an accident, amputation, or another event that is outside their control.

If nano-technology enters their body, the question will remain, will these individuals be able to maintain their souls? A big question indeed, some argue that once the skin is pierced and nano-technology is inserted into the body, there is no turning back and one is a cyborg.

Some questions have even been raised such as, “If patented non-technology enters the body, does the owner of those patents own a part of you?”

Some argue that our cell phones make us cyborgs right now simply because of the extended time we use them. For example, if you lose an arm or leg, maybe having a prosthesis that performs like a natural human body part. I think most people would agree that would be helpful.

Only, there is a general sense, that people promoting body augmentation, are seeking another level of bio-digital convergence that could actually be very detrimental to humanity.

In Sweden, people have already been getting small digital microchip implants in between their thumb and forefinger. These implants can then be used to scan into locked doors, purchase items in checkout lines, and track their whereabouts. Biotech is a massive business.

Some, like Andy Clark, author of Natural Born Cyborgs believe that their goal is to extend the mind and body with technology. Why are they in a rush to merge with technology?

For some, it is one pivotal piece in the transhumanist journey to gather the data necessary to re-create humans in a cyber form before the so-called Singularity. By monitoring the body 24/7 with biosensors and bio-digital convergence, proponents of trans-humanism imagine they will somehow have enough data to hack the human body and create cyborgs.

His current research interests include human-technology interaction, embodiment, and the predictive brain. Clark is a strong proponent of virtual immortality. If you are thinking something along the lines of Johnny Depp’s movie Transcendence you are correct.

Virtual immortality is the theory that when the fullness of our mental selves can be uploaded with first-person perfection to non-biological media, our mortal bodies die, but our mental selves will live on. If you’ve seen Transcendence, then you know the outcome wasn’t good in the movie, even though the neo-luddites were originally pitted as the bad guys.

Often, many proponents of bio digital convergence have already given up on the multi-sensory experience of having a soul and view themselves as a “meat-suit” with five senses.

They really think that the preservation of their biological life is the ultimate goal of living. Hence, they are excited about attaching their brain to the internet or wiring themselves to the cloud.

How they imagine mentally living as consciousness in a computer would be beneficial to them truly surpasses all logic of most rational human beings.

One can only guess because it’s still science fiction. Even so, what would be the purpose of consciousness without the wholeness of mind, body, emotions, and spirit?

What would be the benefit of your consciousness in a cloud without emotion or feeling? There would be no soul. How boring.