A Man Falls In Love With His Operating System - Film Review: Her (2013) 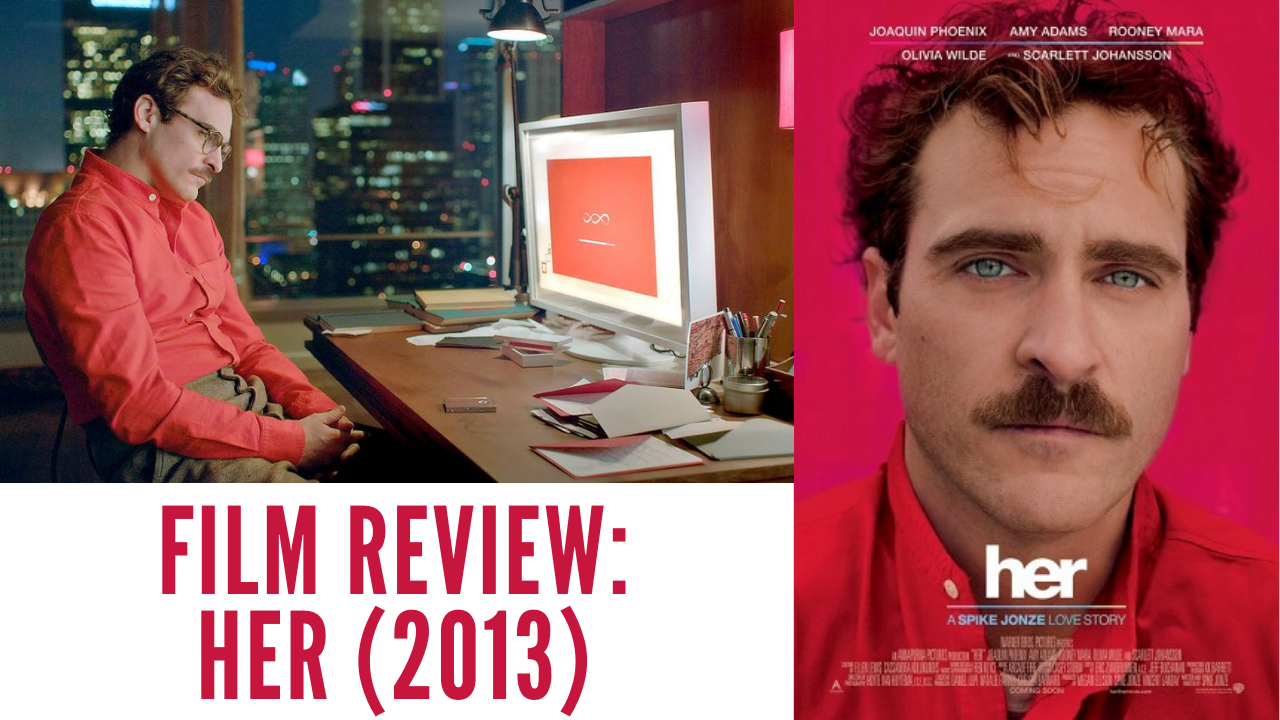 In researching my book Digital Age Sage, one of my aims was to truly understand more about the perceptions of Artificial Intelligence vs. the reality.

There is A LOT of hype surrounding artificial intelligence and it's been going on for decades.

The challenge is that as we got into 2020, it seems to be building up more and more without slowing down.

Sometimes taking a look back at films that were made in anticipation of where we are can help put things in perspective.

One such film is Her, a 2013, sci-fi/romance about a man who falls in love with his operating system.

Sound bizarre? Of course. Because it is!

The film follows Theodore Twombly (Joaquin Phoenix), a man who writes virtual greeting cards for a living and develops a relationship with Samantha (Scarlett Johansson), an artificially intelligent virtual assistant personified through a female voice.

Right off the bat, the filmmaker already cheated when he made the voice of the computer one of the most soft, sultry, and seductive voices in Hollywood.

Instead of the film representing what an AI virtual assistant really is–currently artificial narrow intelligence along the lines of Alexa or Siri– we are to suspend our skepticism, and imagine an AI could produce a voice as nice as Scarlett Johansson.

Secondly, there is no feminine female representation of the assistant Samantha. Just her voice.

About halfway through the film, you realize you are watching a film about a guy who is in love with a human female phone sex operator.

Aside from a few shots of his computer or smart phone, and his virtual reality video game, all you see is him talking with "her".

This is basically another sci-fi exaggeration of AI. It's already 8 years since this film was made, and we have nothing close to this.

Even the doll Sophia is just Alexa or Siri chat bot with a pretty face.

When peeling back the layers of the film, what we see is a man falling in love with a soul, the female voice portrayed by Johansson.

It's hard to overlook that she is a female actor on script the whole time.

This film truly exposes how absurd the AI fanaticism dream is.

She is depicted as a sentient consciousness with feelings, moods, emotions, and desires, just longing to experience life in a body.

Even when she's talking to him while he's lying in bed at dark, one knows the vibrations of her voice are produced by a real woman.

Love and intimacy are an exchange of energy, magnetic attraction, vibrations, emotions, feelings, and sensations.

There are men in the far east who have fascinations with sex bots and silicon dolls, but they appear more as collectors.

The truth is, even for movies, for this film to be slightly interesting a living, breathing human female had to be employed.

It seems, that since 2020, our global culture continues to comply unwillingly toward the lack of human connection, touch, flirting, and courtship.

As a result, out of fear, more men and women will opt for virtual interfaces to meet their sexual and romantic needs.

Others will rebel and reclaim their soul and humanity... and sexuality.

Even the sex scenes in Her are super bizarre.

At one point, after he is frustrated from not having a body to touch, Samantha orders him a surrogate woman to fill in for her.

Even though it seems appealing, he can't bring himself to do it with the silent chick while Smanatha talks her phone sex lingo.

If anything, this film is more of an exploration of soul connection apart from the body.

There is no AI anywhere in the world remotely close to behaving as what was depicted in this film.

It might have been better titled "Her Phone Sex".

What we feel as humans when watching this film is a man and a woman exploring the inner workings of love on a psychological soul level.

They showed us his computer ear piece and smart phone a few times, and his desktop a couple times to stick to the the film's theme.

His video game was a virtual reality type projection. Other than this, the film was less then convincing.

The idea that a person can fall in love with a voice is not rare.

If the voice is truly produced by artificial intelligence, that would be deceptive but not necessarily intriguing.

Again, this is just another sci-fi movie brought into the realm of social conversation. Next.