A Man Uploads His Consciousness Into Computers - Film Review: Transcendence (2014) 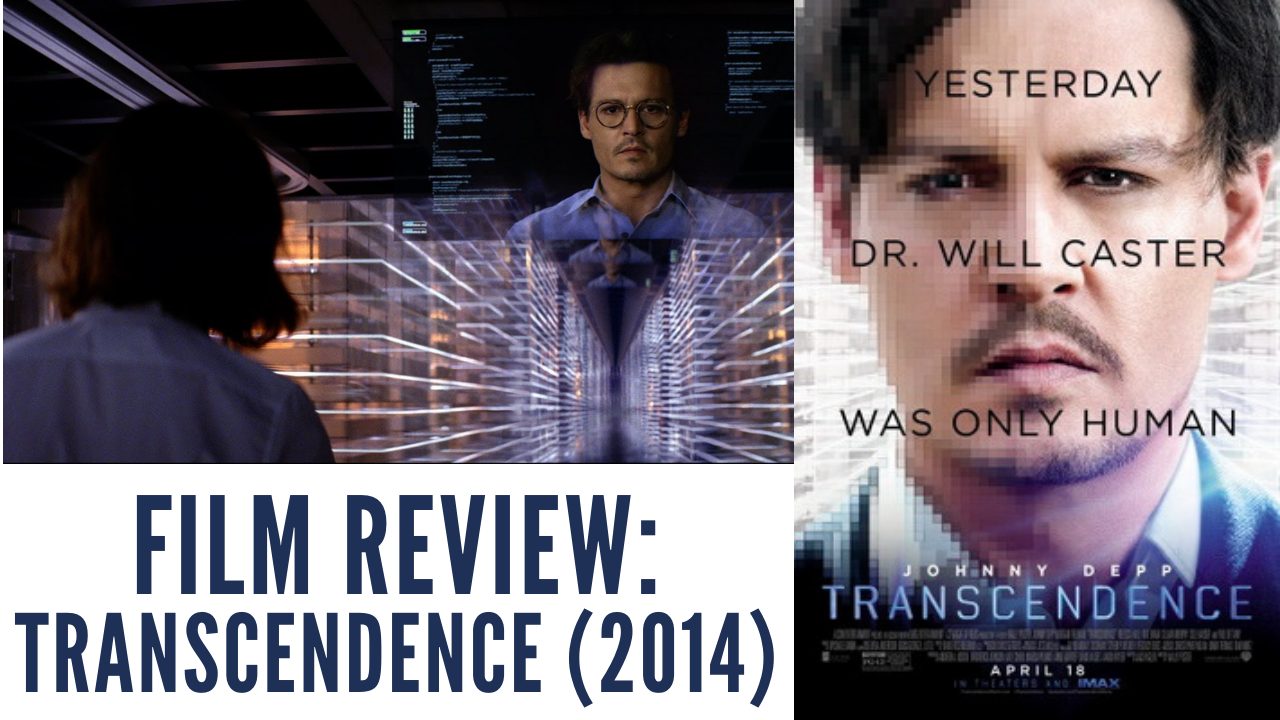 For some reason, ever since I heard about it, Transcendence was a film idea that intrigued me.

It’s about “Dr. Will Caster who is a scientist who researches the nature of sapience, including artificial intelligence.

He and his team work to create a sentient computer; he predicts that such a computer will create a technological singularity, or in his words "Transcendence".

This is the type of stuff Ray Kurzweil and Peter Diamandis preach in their quest to predict the singularity, the moment when they believe superintelligence will take over human intelligence.

Back when I wanted to see this film, I couldn’t quite put my finger on why, it was just intriguing the idea that thought consciousness could somehow be preserved.

Back at that time, I of course considered it as purely sci-fi. Little did I know seven years ago there were people waking up every day striving for this to be a reality, of course with not much success.

It was released in 2014, I just never had the time to see it, and I never got around to it.

However, lately when encountering all these ideas about Artificial Intelligence, I decided to take the time and really sit with the film and watch it fully.

I was immediately upset that they made the people who were concerned about technology being abused in a way to overtake our minds be labeled as the Neo-Luddites.

Of course, in film they need these polarizing forces.

His wife, Evelyn, is also a scientist and helps him with his work.” - Wikipedia

Anyway, back to our plot summary, “Following one of Will's presentations, an anti-technology terrorist group called "Revolutionary Independence From Technology" (R.I.F.T.) shoots Will with a polonium-laced bullet and carries out a series of synchronized attacks on A.I. laboratories across the country.

Will is given no more than a month to live.

In desperation, Evelyn comes up with a plan to upload Will's consciousness into the quantum computer that the project has developed.

As you can see, the dissenters were made out as the “anti-technology” bad guys who don’t want the technology to evolve.

However, we can see a Ray Kurzweil-esque theme emerge as Evelyn comes up with a plan to upload Will’s consciousness into the computers.

Once they got his likeness on the computer the idea of not wanting to lose someone seems a little strange.

At this point the film becomes an inverted “Her” scenario where now Evelyn is expressing her love to an artificially intelligent entity that “houses” Will’s consciousness.

Again, he has contact with her as a human voice, but the idea that he now has Godlike powers, even to the point of filling her account up to $900,000. Wow. Every woman’s dream.

That’s when my eyes rolled in the back of my head thinking, “Here we go again.”

His face also appears on the screens in digital fragments emphasizing the idea that it may be possible to preserve our loved ones in computers.

I don’t know about you, but this idea really bothers me. It simply seems like people are just afraid of death, likely due to a lack of spiritual connection.

Those who are truly connected spiritually and highly conscious don’t really fear death like this, so ideas of preserving some form of consciousness in a computer are not appealing.

In a sudden shift, the radical Neo-Luddite group, who were once viewed as if they were negative, actually came to humanity’s aid to try and save the day.

Why? Well, it turns out that now that Will’s consciousness is accessing a thousand databases he is playing AÍ God and wants to take over… EVERYTHING.

He directs Evelyn to go to the town Brightwood, to buy everything and just start building a massive center to house their servers.

The woman describes that they crossed the line, that the machine that took the monkey’s mind is dangerous.

A couple of phrases stood out to me, “So you want to create a God your own God?” that’s a good question isn’t that what man has always done ?

Another one was, “Limitless technology .... they will be scared at first.”

At one point, he even puts himself in the scientist's body that got beat up after the people felt like they were being experimented on.

She felt uncomfortable and now realizes that she can’t love Will or the idea of Will in an AI superintelligence.

She’s loving something that is extremely powerful and dangerous. He starts healing all the people in the town.

We just keep seeing glimpses of a scary doomsday scenario that are simply not likely and not believable.

Quantum Processors. Curing the blind. Morgan Freeman gives her the note “run from this place.”

Yet, she’s in love with the image of her man on a flatscreen and is torn about her decision to get out of there.

Now her man is “Superintelligence,” But they say he is making hybrids so now he becomes an AÍ and can shapeshift into people.

The only way to stop it is to cut down every hard drive on earth.

The idea that the government gets involved makes it seem like whoever can create AÍ eventually will lose control of it. This plays into most people’s fears about AI, superintelligence, and the singularity.

Thankfully, it’s not going to happen anytime soon, because the technology is nowhere near close for anything like this to occur.

Again, this film was even made seven years ago, and little progress has been made in real life toward this direction.

Some interesting parts are when Evelyn doesn’t feel like it’s their future to be together anymore.

She says things like “You are not here with me now…. These are my thoughts, my feelings ...

You are not allowed …”

Because, of course, he’s risen to the level of omniscience and knows everything, even her thoughts and feelings.

Essentially God. They could have named the movie: “The Man who becomes God,” but of course it wouldn’t have been as exciting.

Evelyn says, “Will - we are not going to fight them, we are going to transcend them.” Everything is regenerating and evolving. Evelyn says, “I’m not scared of them”

Finally their friend admits to the failure trying to reduce the brain to electrical impulses.

We discover that no machine can reconcile love.

How convenient, in a prophetic way (perhaps via predictive programming) we are seeing 2020 in advance, it also ends with a Nano Virus so Evelyn’s has to take the “injection,” or else she will be vulnerable.

He finds A way back into Will's body.

Will and Evelyn die together and computers shut down. Sorry to spoil this one for you… but hopefully I have saved you two hours of your life.

Virus takes out all internet in a worldwide blackout. Not gonna happen in real life… or will it at the hands of some other nefarious actors?