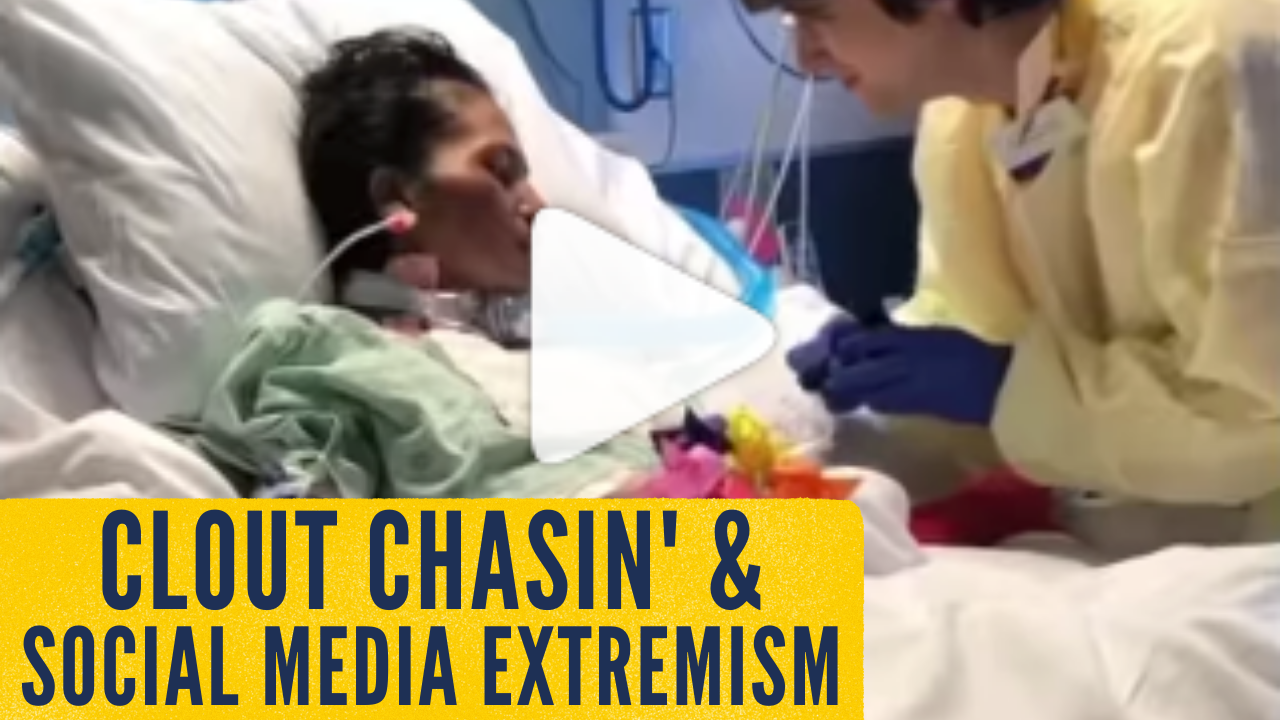 Do you remember when love was love, when love was real? Perhaps you still express real love in your life. If so, that is the essence of who we all are.

We must all continue to love and be loved authentically.

Many of us have read books like The Five Love Languages to learn better how to give and receive love.

Some of us still listen to songs like Nat King Cole’s “Nature Boy” or “Love” just to get to that essential understanding of love.

Does it surprise you that even love itself has been hijacked by social media?

In fact, the little heart symbol expresses the love of billions of people, as they click on it every day to express their love for the photo or video they see.

Many charlatan’s have caught on to this, and have had the brilliant idea:

“If we can take real elements of human emotion, and amplify them x 100, and put them in our profile feed, people will click with more hearts, two hearts, three hearts, four hearts!

And thus the love games begin.

One such practitioner of this craft is the shifty and ever so eloquent Jay Shetty. His current Instagram profile boasts 6,000+ posts and 9.1 Million followers.

Jay Shetty’s love of plagiarism has been exposed at length here and here.

However, a deeper, darker, and more sinister element of his methods must also be brought under ethical consideration.

There are far too many examples to mention, but one that stands out is this Nov 5th Proposal Video.

At first glance it tugs at the heartstrings because after all, “If a man cannot propose to his girl in a coma with his grandmother’s wedding ring… well he’s just not a Jay Shetty man is he!”

Who would be courageous and man enough to call this “social media extremism” out on it’s “love extremism.”

A quick scroll through the comments and you’ll see that 90% of the people gave their multiple hearts, likely not thinking twice about the post.

Only 10% or less questioned the video with a more reserved critical eye. This is a prime example of the glossed over “Zombie-ism” Social Media has caused in the mass population:

Did anyone think to ask:

To be fair, any of us can appreciate someone who can see beyond looks, beauty, status, money, and material things to express their love.

We all get it. It’s a moving and poignant idea that a man could overlook a debilitating health challenge to express his commitment.

Most of the women hearting the post showed how moved they were by this “concept.” Some even stated, if they aren't love this way, "the don't want it."

Hopefully, they won't have to go through a coma or emergency to test that out!?

From the male divine masculine perspective, this is not “true love.” It is cowardice.

Here’s why. Honorable men do not want to ask a woman to commit to them in marriage who is not in her clearest, brightest right mind to say yes or no.

Honorable men in their divine masculine energy want a woman to have the opportunity to reject them to know if they have truly earned her love or not.

A courageous man would have the patience, wherewithal, and discipline to stay by her side and show his love via ACTION, not merely a quick proposal.

Action encompasses, staying by her side, having her back, helping her heal until she is ready and keenly aware of her decisions.

Perhaps the young man in this video did this. Bravo if he did.

It’s the social media representation of this idea perpetuated by Instagram, Facebook, Jay Shetty, and many types of influencers like this that is increasing anxiety in young teenage girls and driving up suicide rates.

In their chase for likes, followers, and clout, they plow over the hearts and minds of young people daily colonizing the earth with extreme versions of once delicate human values and emotions.

Love is beautiful, and kindness is part of it, but if we put too much sugar in the Kool-Aid, it’s no longer Kool-Aid! It becomes poisonous to our system!

This post is only one example of the clout chasin’ and social media extremism that pervades social media.

The algorithms boost such reactions to the very top. Top influencers like Jay Shetty continue to feed off of this frenzy as their climb, reach, and status soars; regardless of ethics, integrity, or morality.

Maybe some people can look beyond Jay Shetty’s tactics and see him as a purely enlightened former monk.

A Digital Age Sage is objective and ruthlessly discerning. Try to think at least a little deeper before hitting that heart button.

Keep your eyes in the sky but keep your feet on the concrete.