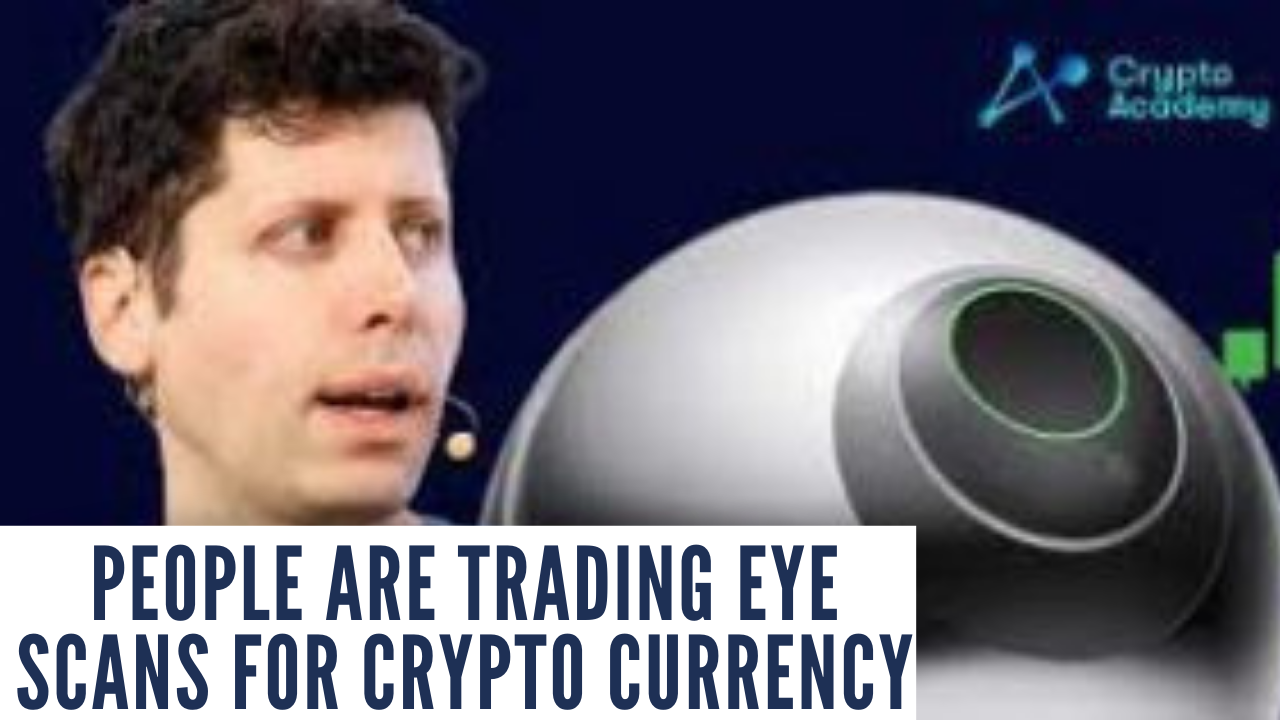 On October 25, 2021, a Techcrunch headline popped that was irresistible to ignore:

And the sub headline reads, “It all starts with a 5-pound chromatic sphere called 'The Orb'”

Worldcoin’s proposal for us to use their cryptocurrency is a simple offer to sell your soul. “You let us scan your eyeball, we give you cryptocurrency.”

As the article reads, “The startup, founded by OpenAI CEO Sam Altman and Alex Blania, wants to put a crypto wallet (and some of their currency) onto every human’s smartphone, but in order to do so they have to build a way to determine whether someone is a unique human.”

That’s where your eyeballs come in.

“[Worldcoin] started with a discussion that universal basic income will eventually be something that is very important to the world, and in general, getting access to the internet economy will be much more important than is obvious at this point,” Blania says.

As we can see here, this all falls in line with the surveillance capitalism idea that we should give up our privacy, data, sovereignty, and agency for a promise of a crypto based universal basic income.

Not exactly a liberating idea. Especially when the amount is estimated to be between $10-$200 U.S. Dollars.

That’s kind of cheap to be allowing an orb to stare down your soul.

While they say all the data is not stored, there is no strong guarantee or evidence that 100% transparency is disclosed.

This brings to mind the movie I-Origins which I have written another review about. It’s a sci-fi romantic drama about a scientist studying the evolution of people’s eyes. He falls in love with a woman with beautiful eyes, and in a tragic way he discovers how powerful the eyes really are.

As they say, “The eyes are the windows to the soul.”

Worldcoin is now valued at $1Billion. However the million dollar question is:

“Will you let a chrome sphere the size of a volleyball scan your retinas in exchange for crypto?”

“According to some of the company’s prediction models, Worldcoin believes more than a billion people will have watched the Orb by 2023.”

Right now they are based in Berlin, Germany and have around 70 employees and around 30 Orbs.

“Orbs are run by independent entrepreneurs Worldcoin calls ‘Orb operators’ who take devices around the world – to remote villages, subway stations, and college campuses – and convince people to sign up for free worldcoin.”

Sounds like a real fun hustle. Walking around with a volleyball sized reflective metallic sphere asking people to look into it!

The Iris scans are then converted into IrisHash, a cryptography that stores it with the person’s identity, this ensures the person is new in the system and has never collected Worldcoin before.

They also have no plans of slowing down anytime soon.

The article goes further to say, “Starting in November, Worldcoin plans to increase production to an astonishing 4,000 orbs per month, which the company plans to match with orb operators around the world.”

Most people will likely naturally resist these ideas, but with a steady stream of false narratives that their privacy, data, and freedom will not be compromised, many will simply sell their souls.

You, of course, can be different. You can think freely, decide your own course of living, and create your own economy. You are empowered. You are human.